When Your Chickens Eat Your Potatoes 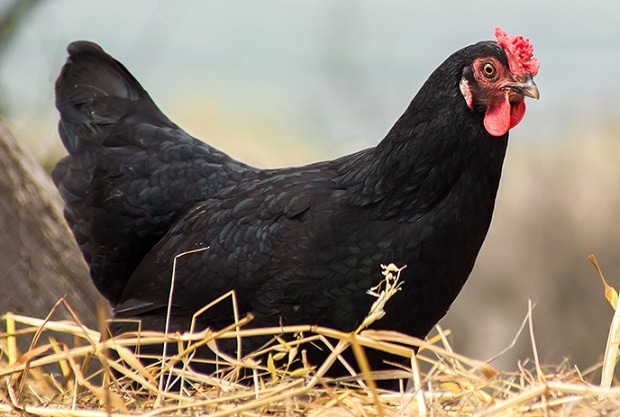 “Aegis-bearing Zeus has a design for each occasion, and mortals find this hard to comprehend.”
Hesiod, Works and Days

Last Saturday I was just able to finish planting my potatoes before dark. It was so satisfying. While my father and I always planted potatoes by burying them under several inches of soil, I have of late had success planting them under mulch. [See below for directions.] This can save much labor at planting and harvesting–both become simply a matter of pulling back mulch.

It actually crossed my mind: the chickens like to scratch around in the mulch; what if they happen upon the potatoes? It was one of those thoughts that later on you look back and say: why didn’t I do something about that when I had the thought?

Imagine my horror the next day when looking out the window I saw a chicken–one of my own– standing in the garden pecking with unusual relish at something under the straw. Her experience must have been something like if I had walked through the forest and found a can of dry roasted peanuts under the leaves: where did these come from? yum! While the carnage was not complete, it was nonetheless harrowing–little pieces of potato remains strewn about on top of the straw.

As I stood there with some consternation I thought of my series on gardening. Which of my favorite farming quotations did this illustrate? None came to mind. This seemed too perfectly ironic.

But of course it’s not ironic. This is the reality of gardening. And of life. My carefully laid plans were ruined; or in any case they seemed to be.

Then I remembered good old farmer Hesiod. Zeus has a design for every occasion. And we find this very difficult to understand. I wonder if he wrote that when some real tragedy had struck, or maybe just when his chickens ate his potatoes. Maybe the latter was a real tragedy in his circumstances.

Surely we should judge such situations in view of the big picture; that is, in view of the obvious care with which the details of human life–both in general and in the particulars of my own life–have been arranged for my own good. It makes sense that I give the benefit of the doubt to whatever power oversees my life in the world.

Ah, and perhaps therein is the point of the seemingly pointless. When else would I have the opportunity really to express my confidence that all is well in the world?

Given that I am consistently surprised by joy–amazed at how things work together when I could not possibly have imagined how they would, it would be irrational in the extreme to doubt now. Though we mortals still find this hard to comprehend.

How to prepare seed potatoes:
Purchase seed potatoes at local coop or hardware store. Cut potatoes into pieces roughly 2 inches in diameter, trying to make sure there is at least one eye, preferably two, on each piece. Let the pieces sit in your house for a day or two before planting. My father always put them on newspaper on the counter. Children, even quite young, can help when given a little direction. I’ve found that potatoes are pretty forgiving, and the pieces you cut can be odd shapes–so don’t be too concerned about children being precise.
How to grow potatoes under mulch:
Nestle the seed potato pieces right on top of the soil about one adult hand apart (six inches) in rows about 3 feet apart. Cover with a few inches of mulch, such as straw. As the potato plant grows put some more mulch around the base of the plant. Potatoes will form above where the seed potato was planted, so they are themselves not in soil at all, but under the mulch. It is important that the mulch be thick enough that no sun can get through and turn the potatoes green. Don’t hesitate to cover the bottom of the plant once it has grown taller.
If you don’t have mulch, or simply want to do it the ‘old fashioned’ way, then plant the potatoes under three inches of soil, and then mound the soil higher around the plants as they grow.
“New potatoes”–i.e., young not fully grown ones, can be harvested in the middle of summer, most easily from under the mulch. You can sneak a few and leave the plant to keep growing. Otherwise, mature potatoes are harvested after the plants have fully grown, flowered and died back.

Hesiod (8th century B.C.) was a Greek contemporary of Homer, and likewise an epic poet. His Works and Days sketches the year-round work on a homestead.