The Silence of Authority 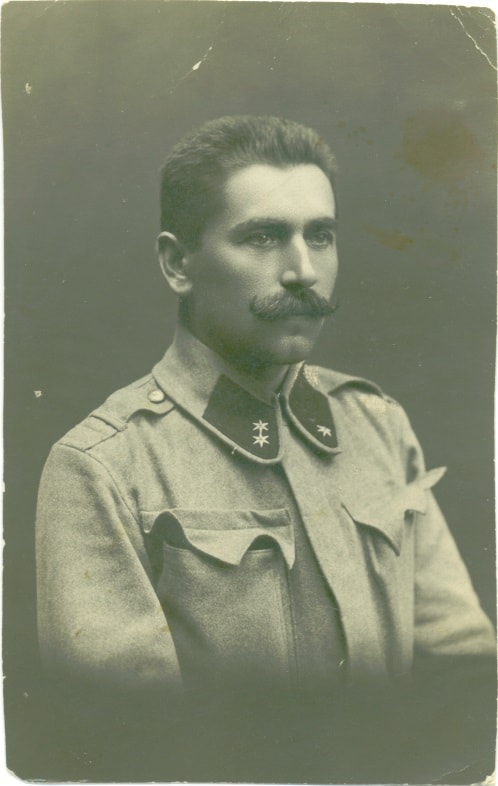 Many in authority today are silent when they should not be. Through weakness. And the consequences are devastating. Broken communities, broken businesses, broken homes, broken lives. Broken love. This because in various contexts we do not courageously and selflessly take up the authority we’ve been given. And its real absence is telling. The silence of this absence is not only deafening; sometimes it kills.

But well-exercised authority is also often silent. In its strength. True authority envelops those under it in love, nurturing and healing. Its occasional silence is one of presence, not absence, simultaneously gentle and strong. The words of this authority, stemming as they do from a wisdom born of patience and love, are powerful, their guiding power enduring after speech has faded. The words of authority reverberate and take root in this silence, giving life.

Photo: This is Pavlo Konenko, my wife’s great-granfather. Born in the western Ukrainian town of Vikno in the 1880’s, he became the beloved schoolmaster of the village of Korszylowka, which in the early 1900’s was part of the Austrian empire. He was known, among other things, for his gentle love, and his teaching the people how to graft and cultivate apple trees. After the First World War Ukraine enjoyed a brief period of independence. At the approach of the Second World War Poland asserted control over western Ukraine. Authorities visited Pavlo and handing him an unsigned petition commanded him to produce signatures from his villagers requesting to be taught in Polish. But the villagers did not want to be taught in Polish, and so Pavlo would not comply. As a result, he was sent to a concentration camp in Byelorussia, also under Polish rule. After his release, Pavlo never fully recovered, and he died in 1944. Polish rule having been followed by Nazi rule and then finally Russian reinvasion, Pavlo’s daughter Myroslawa and son-in-law Bohdan, with their two young daughters, were able to avoid the approaching communists by leaving with the Germans, ending up in Salzburg. Later Salzburg was liberated by the Americans, and Myroslawa and Bohdan had the opportunity to emigrate to America. Early in the 2000’s Myroslava and Bohdan’s grandson Alexander returned to what was Korszylowka. There he found that the people still hold dear the memory of their beloved schoolmaster Pavlo, four generations later.
Vichnaya pamyat. May his memory be eternal.