Telling the Stories of Your Ancestors 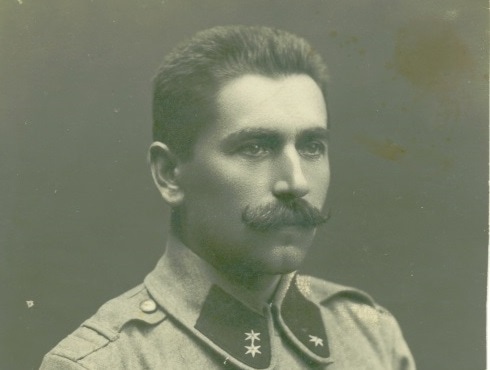 “If we want our children to grow up strong, secure, and upright…; if we want to show them paths out of moral chaos, we should scour our family histories and tell them stories of the heroes we find there.” William Raspberry*

These words really struck a chord in me. There are few things I enjoyed as a child like hearing from my parents about our family history. But my parents probably were not aware of that. We parents tend not to think in terms of the pleasure, and the formation, such simple stories provide for our children.

That Franz Herter, my German immigrant great grandfather, was swindled of his half of an architecture partnership because he could not conceive of someone being dishonest–this probably did not strike my mother as something important to be passed on. But it is important; and I thank God I heard it. His daughter, my Grandma, was a woman of uncompromising integrity. Somehow this fits together; and it is part of who I am and who I should be.

Few natural inclinations in the human soul are as deep as the desire to be worthy of one’s ancestors. That what they have done, and suffered, will not have been in vain.

The stories might not be dramatic. Or rather, there is always a certain drama–and children naturally perceive this–in human life itself. Haven’t we noticed how our children are thrilled to hear most anything about our past?

The grandmother who took in sewing to make ends meet; the grandfather who simply worked hard his whole life, with no fanfare or recognition, and was faithful to his wife and children; the great uncle who fought in the World War and had nightmares for years, but never complained; the people for whom faith and family really were the cornerstones of their existence, and they acted like it–even if with notable failures.

Especially in an age where ordinary character and fidelity, and a strong work ethic and responsibility, are becoming extra-ordinary, our children desperately need such stories. The stories are there, in our own family tree. We just have to look. This is not a matter of white-washing. Some stories do end better than others; human freedom has a role. This is part of what these real stories teach. It is good for our children to see the challenges of life, and the necessity of mercy offered, and mercy received; and all this in the people who are their people.

Indeed, we too can use such encouragement. Slow and steady takes the prize; good character is rewarded. Our fidelity today will reverberate for generations.

Photo: This is Pavlo Konenko, my wife’s great-grandfather. Born in the western Ukrainian town of Vikno in the 1880’s, he became the beloved schoolmaster of the village of Korszylowka, which in the early 1900’s was part of the Austrian empire.  He was known, among other things, for his gentle love, and his teaching the people how to graft and cultivate apple trees. After the First World War Ukraine enjoyed a brief period of independence. At the approach of the Second World War Poland asserted control over western Ukraine. Authorities visited Pavlo, and handing him an unsigned petition they had written, they commanded him to produce signatures from his villagers requesting to be taught in Polish. But the villagers, of course, did not want to be taught in Polish. So Pavlo would not comply. As a result, he was sent to a concentration camp in Byelorussia, also under Polish rule. After his release, Pavlo never fully recovered, and he died in 1944. Polish rule having been followed by Nazi rule and then finally Russian reinvasion, Pavlo’s daughter Myroslawa and son-in-law Bohdan, with their two young daughters Irene and Danusya, were able to avoid the approaching communists by leaving with the Germans, ending up in Salzburg. Later Salzburg was liberated by the Americans, and Myroslawa and Bohdan had the opportunity to emigrate to America. Early in the 2000’s Myroslava and Bohdan’s grandson Alexander returned to what was Korszylowka. There he found that the people still hold dear the memory of their beloved schoolmaster Pavlo, four generations later.
Vichnaya pamyat. May his memory be eternal.

*William Raspberry (1935-2012) was an African-American journalist.  This quotation is from a very interesting column, “Family Stories,” in the Washington Post, July 29, 1990 (which can be found online). While I do not agree with all that he wrote, I found this article compelling. 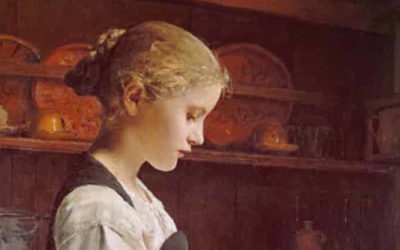 The Goal in Raising Children

“Man lives by reason, which can attain to prudence only after long experience, so that children need to be instructed by their parents who are experienced.” Thomas Aquinas, Summa contra gentiles There are various ways to understand the ‘goal’ in raising children. In...

END_OF_DOCUMENT_TOKEN_TO_BE_REPLACED 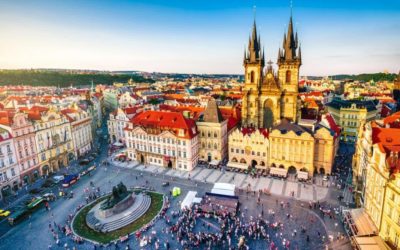 The magnificent man is like an artist; for he can see what is fitting and spend large sums tastefully. The magnificent man spends not on himself but on public objects. Aristotle, Nicomachean Ethics To examine with Aristotle the various virtues is an eye-opening tour...

END_OF_DOCUMENT_TOKEN_TO_BE_REPLACED 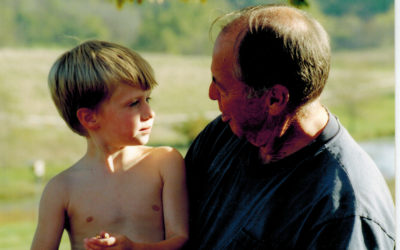 "I saw them in all the times past and to come, all somehow there in their own time and in all time and in no time..." Wendell Berry, Jayber Crow Some time ago it really struck me when reading Wendell Berry’s fiction how he portrayed growing old, and the deepening...