Stress #3: The News as Backdrop for Life 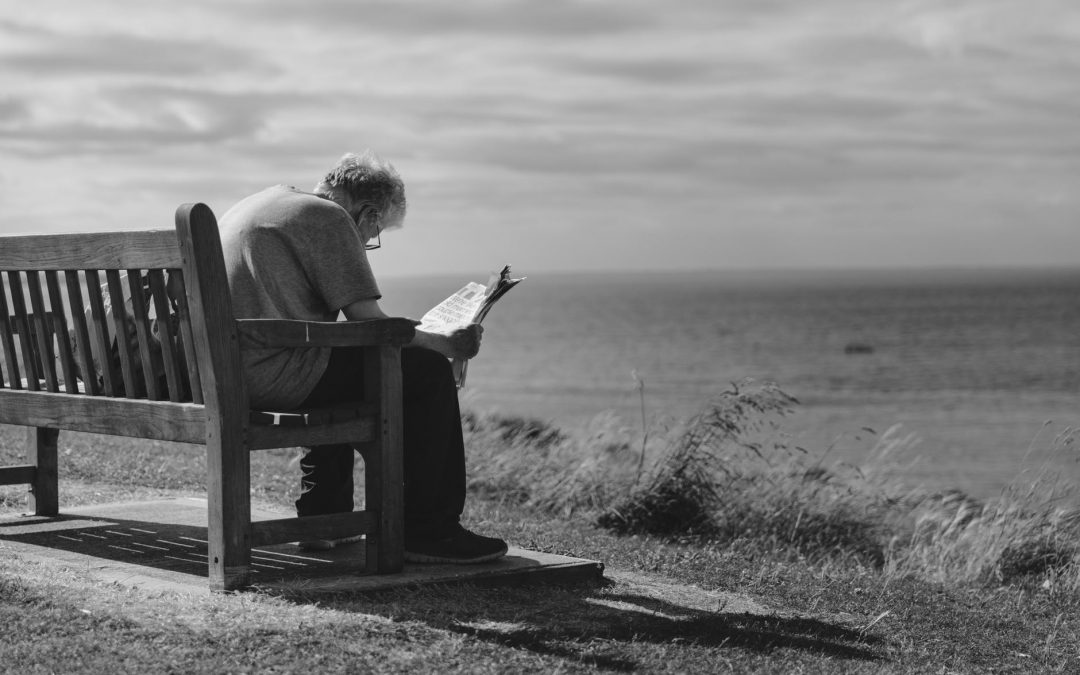 “The News can’t be fixed. There is something about daily publication, all by itself, that distorts reality. That is why the addiction to News that so many of us share has brought on a kind of stupidity. Our whole society shares this stupidity, and so we have a hard time recognizing it.”
C. John Sommerville, ‘Why the News Makes us Dumb’

For some years I’ve listened daily to a few minutes of news on the radio when travelling to or from work. When a few weeks ago a reader suggested to me that news is a significant cause of stress today it gave me pause. I think she is right.

The omnipresence of News is more than a matter of its being broadcast in most every time and place in which we find ourselves. We actually carry it with us as a kind of backdrop for our lives.

And what a backdrop it is. You’ve seen and heard for yourself; you don’t need me to recount it. Political intrigue, presented at its most banal; physical violence, often with an emphasis on the firearms used; sexual misconduct of public figures, often in lurid detail; the advance of various ‘lifestyle’ choices presented with an air of detached and neutral objectivity; the ups and downs of ‘the economy’—whatever exactly that is, presented as the deterministic interactions of impersonal forces.

C. John Sommerville’s article in First Things, later expanded into a book, offers a thoughtful account of the manifold problem of News: News as carefully crafted product of an industry, which whatever other ends it has, must first of all be profitable; News as giving a false sheen of importance; News as obscuring the bigger context of things it reports; News as addictive and so on.

Right now I am simply noticing how the relentless presentation of certain things as news-worthy, and others implicitly as not, is oppressing. And even depressing.

Consider by way of contrast what I’ve heard of an old Sicilian tradition.

My brother is married to a lovely Sicilian, a sister of whom has explained to me a practice they called “i fatti” or “cuntare i fatti,” literally “to recount the things that have been done.” An elder would regularly, such as each Sunday, gather the young people around the fire and recount to them current events in the world or village, as well as the deeds of ancestors and other villagers. Interspersed among these stories were tales created in the imagination of the tellers, and often these tales would be serialized from week to week.

What a comparison: i fatti, and the News. Both provide a backdrop for life. Both, it would seem, speak to a deep human need to hear about ‘what’s going on’ and ‘what has happened.’ Both give a person a sense of the community to which he belongs, and of the broader story of which his own story is a part.

But one comes from the mind and heart of a family member or villager, and is tailored to the life and sensibilities of the hearers, while the other from a cynical industry with an agenda. One tends to give hope and good example; the other tends to drag down. One gives a sense of purpose and belonging; the other tends to alienate.

I am not saying there is no place at all for the News. Each of us will have to find our way. I think I’ll continue to listen to some—though perhaps less. My wife is grateful that I do it in her stead. I think I’ll also look for better sources of intelligent digests and commentary.

Would that it were easier to forge our own version of i fatti; I’m certainly going to ruminate on how we might. Yet in any case when I find myself wondering “What’s happening in the world this morning” I will try to remember: instead of turning to mass media, I can simply look outside my window, or think of various households that I have known well.

The sun is rising today, and it is presiding over a host of natural processes the wonder of which is undimmed by human folly. And mothers, fathers and their children are waking up and turning with a purpose to the rhythm of a daily life shot through with meaning. I will try to have these things, among some others, provide a backdrop for my daily life.