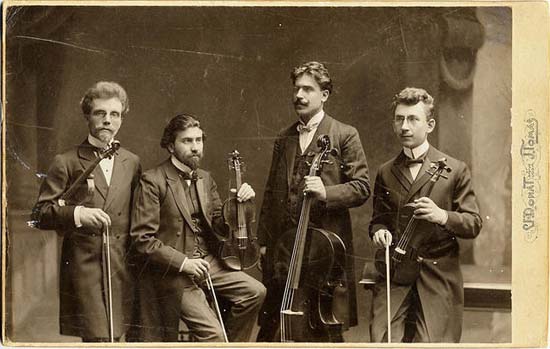 “Aren’t these the reasons, Glaucon, that education in music and poetry is most important? First, because rhythm and harmony permeate the inner part of the soul more than anything else, affecting it most strongly and bringing it grace, so that if someone is properly educated in music and poetry, it makes him graceful, but if not, then the opposite.” Plato, Republic III

If Plato is right, we have good reason to re-examine our habits of listening to music.

Taking the two week challenge might be in order.

WHAT IS THE TWO WEEK CHALLENGE?
For two weeks listen to no music other than pieces from the list below, or other similar music. The point is to cleanse our musical palate, and to cultivate an appreciation for and affinity to better music.

A FEW REASONS FOR TAKING THE CHALLENGE:
1. Great philosophers (such as Plato and Aristotle) and theologians (such as Boethius, Basil the Great, and Thomas Aquinas) are convinced that music has a real influence on moral character, as well as broader social consequences. Plato and Aristotle also emphasize its central place in the formation of the young.
2. Much of the music of our day is either banal or bad (often being, among other things, sensuous, angry, or despairing), and consequently we must make special effort to expose ourselves to good music and to experience its salutary effects.
3. There is nothing to lose, and perhaps, much to gain.

I do not make the following observation lightly. Through the years my classroom presentation of Plato and Aristotle on music has garnered a surprising variety of receptions, unlike any other matter that I teach, ranging from: “this is ridiculous and contrary to experience,” to: “this is surely true!” and everything in between. One common response among students amounts to saying this: I basically grant Plato’s points about music, but I am unwilling to change how I act. Others strongly object to the points themselves.

My own observation, based in part in my experiences in my own ongoing musical ‘conversion,’ is that music exercises a unique power over us. I would suggest that our difficulty in accepting Plato’s position, and the very vehemence of our objections to it, might be indications of the truth of his position on the power of music.

In the end it seems to me that the testimony of the wise gives us good reason to look critically at the place of music in our lives, and to be willing to make a change.

For some years I have privately offered this two-week challenge to my students; I now bring it to a wider audience in the spirit of fraternal encouragement. Please note: I am but a novice in music appreciation, and I am downright ignorant of musical theory. I have no qualifications for offering this challenge other than this: I am deeply convinced of the power of music–for good or bad–both by the arguments of great thinkers, and from what I take to be the overwhelming evidence of experience. Further, I have seen the change in my own life, and in that of others, associated with setting aside base popular music, and the simultaneous cultivation of an appreciation of higher music.

Much might be said about the proper place of music in its various forms in our lives. I think that there is a place for different kinds of music: such as sacred music, great classical music, and appropriate folk music. At the same time, there is much music that should have no place at all. Discerning just where to draw lines is not always clear. At the same time, that lines need to be drawn seems quite obvious. In the spirit of starting to cultivate a better sense for music, and of beginning to wean ourselves away from what perhaps should be left behind, this “challenge” is offered.

Dvorak, A.: American Quartet,
Cello Concerto in B minor

Note: I do not include Gregorian chant as I take it to be the music of liturgical prayer, and thus it does not so much belong in music ‘to be listened to.’

MORE ON HOW IT WORKS:
The above list is nothing but an eclectic short list of some great music. Many other pieces can be used. Here are a few suggestions as to how to carry out the challenge.
1. Approach this time as an exercise in discipline, one aimed more at personal formation (ascetic) than at developing an artistic taste (aesthetic).
2. Consider listening to a few pieces over and over rather than many different pieces. Familiarity breeds deeper appreciation.
3. A more narrow focus in composers may be fitting. I am of the line of thinking–here again leaning on those who know much better than I do–that with certain composers one can never go wrong, particularly Bach and Mozart.
4. Be patient. Some pieces do not have immediate appeal; but as we come to know them better we discover their depth and richness–not unlike reality itself, or the character of a friend.
5. Any who take the challenge and are willing to share anything from their experience are warmly invited to come back and share in the comments below.

This is the third post in a series on paideia, education in Plato. 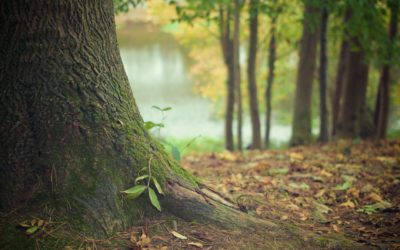 Trees vs. the News

“Trees were the temples of the gods, and, following old established ritual, country places even now dedicate an outstandingly tall tree to a god.” Pliny the Elder, Natural History What we find in the news and social media tends to frame much of what we think about...

END_OF_DOCUMENT_TOKEN_TO_BE_REPLACED 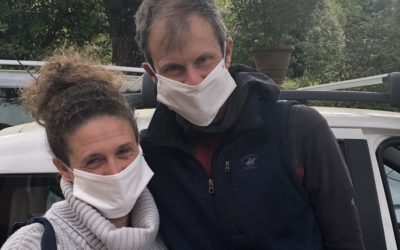 Grateful for the Time: A Retrospect on My Lockdown

“…and this will be realized in their living together…” Aristotle, Nicomachean Ethics For many of us the external constraint to remain at home has come to an end. A retrospective glance is perhaps in order. For a moment I am going to abstract from the surrounding...

END_OF_DOCUMENT_TOKEN_TO_BE_REPLACED 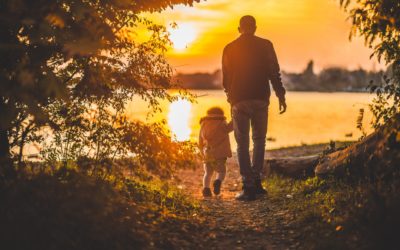 A Father, and Choosing a Spouse

“Reason my son Should choose himself a wife, but as good reason The father, all whose joy is nothing else But fair posterity, should hold some counsel In such a business.” Shakespeare, A Winter’s Tale [Polixenes, King of Bohemia, to his son.] How does one choose a...