Habits of the Father 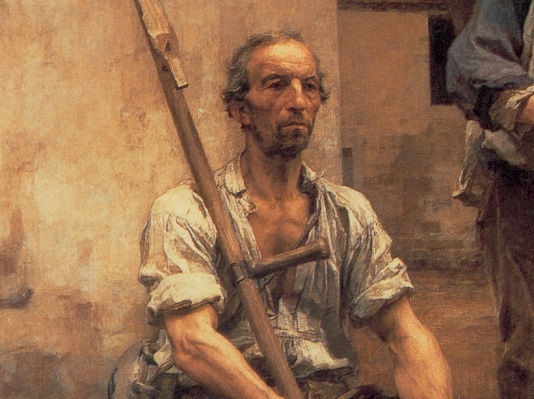 “For as in cities laws have force, so in households do the injunctions and the habits of the father, and these have even more because of the tie of blood and the benefits he confers; for the children start with a natural affection and disposition to obey.” Aristotle, Nicomachean Ethics

As laws in a city, so paternal commands in a household. But not just his commands: his habits too. This is profound. The habits of a father are themselves like laws to the children.

Something deep within the child says: do what he does. And this is simply because he is their father.

The natural affection of children for their father is an invaluable aid, to him and to them, in making them receptive to formation. That affection is cultivated and preserved by his attentive and guiding presence in their lives, day in and day out.

Surely his habits need not be perfect. They will include asking forgiveness, and getting up after falling. And offering forgiveness. Again and again.

Aristotle does not imply that the habits of the father will be enough; injunctions too will be needed from him. When paternal words and actions are in harmony, children have a pattern laid out before them: a visible path to trod, following in footsteps they know, trust, and love.