Gestures: A Meeting of Body and Soul 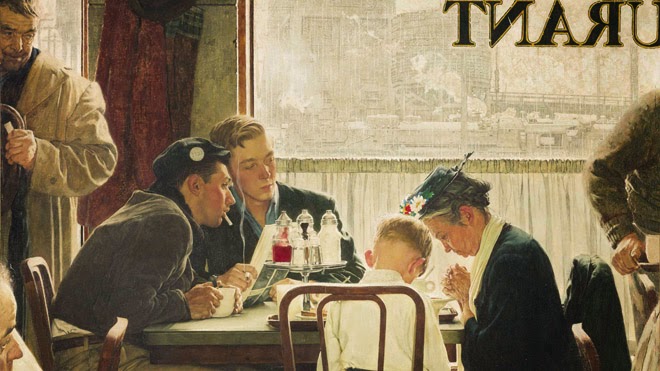 “Imitations practiced from youth become part of nature and settle into habits of gesture, voice, and thought.” Plato, Republic III

Plato showed great concern about how people move and use their bodies. Bodily gestures have significance; and they are connected to deeper realities, especially the dispositions of our soul.

His immediate prescription here was that youth not act parts in plays that are compromising or base. But the point clearly has a broader significance. He connects three things: bodily gestures, ways of speaking, and ways of thinking. The habits of the upright person in all three of these areas are of a piece with one another.

One can wonder what Plato would think of bodily gestures now commonly performed; or those not commonly performed. We might conjecture that he would find them consistent with our ways of speaking, and ways of thinking.

Gestures of respect and deference were once common. And they went hand in hand with ways of speaking, and thinking. Lifting of the hat, bowing of the head; even bending of the knee. Erect stature; hands out of pockets; looking directly at a person. Or when modesty demands, not looking directly.

Once upon a time people were trained in posture. Not simply because it matches a certain kind of speech. Posture itself speaks, sometimes volumes—that I’m listening, that I care, that I know my place, that I respect myself, that I respect you.

Such training was rooted in the conviction not only that gestures are signs of already formed interior dispositions, but also that they can actually cultivate the very dispositions they signify. This is a truth both bracing and encouraging for us.

Young people need to be formed in the manifold ways of goodness. Perhaps we adults need to be re-formed. Yet our re-formation might indeed give the young something they can imitate, that will settle into habits of gesture, voice, and thought.