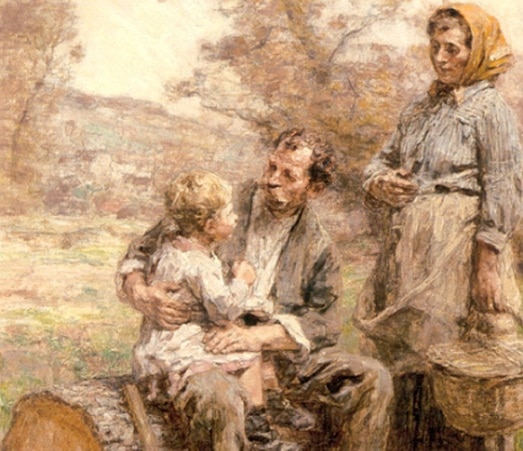 It makes no small difference, then, whether we form habits of one kind or another from our very youth; it makes a very great difference, or rather all the difference.”
Aristotle, Nicomachean Ethics

It is not unusual, especially when we’re studying ethics, to have dramatic moments in the classroom. Indeed, no story in literature is ever as dramatic as the problems of actual human life.

It can happen very naturally when we’re following the thoughts of a master like Aristotle. Vistas, sometimes terrifying in their implications, open before our eyes. At times like this, it is the role of the teacher to try to steady the communal gaze, that the moment of insight might not be lost, and might bear some lasting fruit.

Last week we were considering Aristotle’s observation of the human propensity to form habits. Human actions bring about corresponding dispositions in the soul. To do an action of a certain kind is already to begin to form a habit of that kind. And habits are, in a sense, who a person really is. A simple truth, so fraught with implications.

I saw the light go on in this student’s eyes; I think I even felt the shiver go down his back. His arm shot up, and I called on him. Then came the thunder clap.

“But what if a child forms certain habits even before he is really responsible for what he is doing?”

The question emerged from the depth of human experience. A teacher could not hope for more. You cannot fabricate such tension.

The Philosopher himself had anticipated this question; a partial answer is in the words quoted above. The lasting influence of a child’s upbringing is truly awesome.

I don’t think that Aristotle intends to diminish the role of human freedom; no matter how we are raised, we remain free and responsible for our actions. But, the simple truth is that how a child is raised is of transcendent and lasting importance. The child’s likes and dislikes, and the other habits at the center of who he is, are already being formed before his freedom is even engaged.

How can we express in words the profound and terrifying duty of parents? In many ways the present and future happiness of their children is at stake in their actions: what they allow, what they forbid, what they encourage, what they discourage, whom they invite, whom they exclude…  and the actions they pattern.

Have we not seen it happening? From the beginning our children are becoming who they will be. For better, or for worse.

The manner of a child’s upbringing is not the only factor in life–but it can still make ‘all the difference.’

I love how this Image by Leon Lhermitte (1844-1925) Le Dejeuner du Bucheron, (The Lunch of the Woodcutter), portrays a father spending time with his young child, and his wife, while taking a midday break from his labors.

Aristotle (384-322 B.C.), student of Plato, tutor of Alexander the Great, has been considered by many to be the greatest ancient philosopher.