Boys, and Their Names 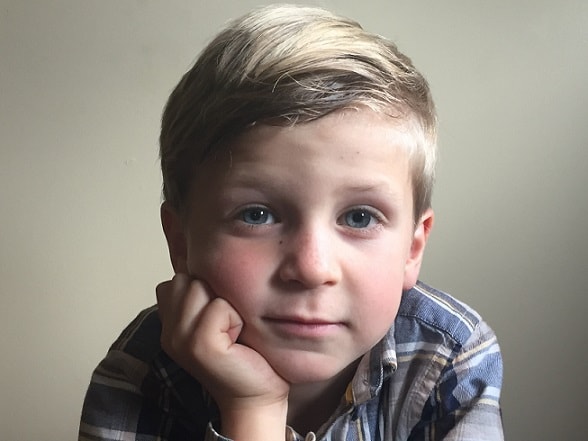 “What’s in a name?”
William Shakespeare

I think I now have confidence that it is not just me. There is something about boys and their names.

When I was little I would look for places to write my name. In fact even just the first letter, inscribed the best I could, was enough to let the world know that an object was mine. Many things I owned, as well as a number that I didn’t, were marked with a prominent ‘J.’

I vividly remember the delight I felt in penning, and then observing, that letter. There is something about one’s own name.

Then some years ago we had a young lady as a tenant in our home, and of course she parked her car in our house lot. One day to her dismay (and ours), she found that there were several long scratch marks on the panels of her car, apparently made with the sharp end of an acorn (of all things!). The more precise origin of the scratches might have remained a mystery had not a closer investigation of the car revealed a neatly inscribed ‘N’ on the front hood. Indeed, the ‘N’ was carefully circled. The only male child in our home at the time happened to be named Nicholas.

Fast forward over a decade to this week. A scream emerges from the upstairs children’s bathroom, and it comes to light that a large ‘R’ has been discovered on the sink bowl. Of course, inscribed in permanent marker. My youngest child is our second boy. Raphael.

We’ve raised four spirited girls. I have never seen any of their names, or the first letters of their names, inscribed anywhere but where they should be. I still come upon rogue but not unexpected N’s in various places, matched by a growing presence of R’s.

I don’t want to jump to conclusions. Perhaps I carry a particular, hereditary male flaw. But my experience as a father, as well as philosophical considerations, point rather clearly to the existence of real differences between boys and girls. Often, the precise nature of the difference, and even more the deeper reason for the difference, can escape our grasp.

Yet of this I am convinced: there is always a good reason. Somehow our natural differences, especially as tempered and fulfilled by virtuous dispositions, contribute to the proper fullness of human life–particularly in a household.

What a delight it is–even while sometimes also a cross–to observe and have occasion to reflect on how real male/female differences begin to show themselves in the early behaviors of boys and girls. Boys seem to want to leave their mark on things, on the world around them. I wonder: is this connected to a man’s greater inclination to discover and become himself through what he does, and makes, in the exterior forum?

Boys especially can drive their parents crazy: they tend to be on the move, testing things, testing themselves, pushing limits. How many times do we find ourselves wanting to say: what could possibly have possessed you to DO THAT??

The line that ‘boys will be boys’ has a basis in reality. There is a great power at work in them, which can be as scary to them as it is to us. It, they, will absolutely require molding, direction, and discipline. But to give proper direction, we would do well constantly to reflect on what it means to be a true man, and try to discover therein the key to unlocking the mystery that is a boy.